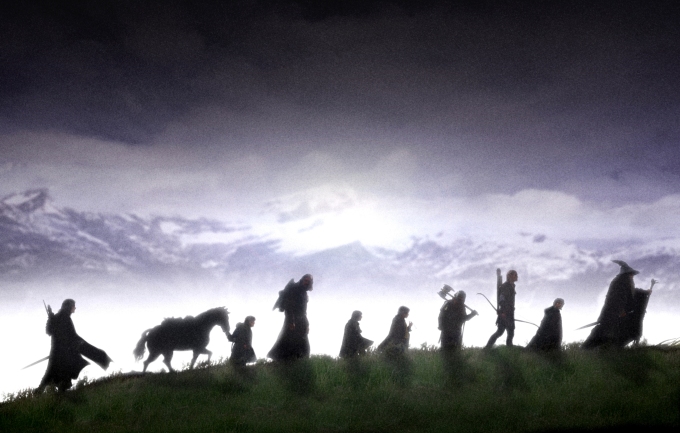 Perhaps my answer is as cliche as an angsty white male protagonist with an evil father, but I think it’s simply due to the general situation of the world. We see violence and agony. We listen to lying politicians all day long. Racist rhetoric is on the rise. So now, we need a release. It’s a release that dystopian fantasy could never give, but only point out our need for. Fantasy, however, can. And boy does it ever.

We need creativity now more than ever. We can only read so much about crazy oppressive governments before we get severely depressed. We need dragons to whisk us off into blue skies. We need fairy folk to dance between the mushrooms and disappear before our very eyes. We need soldiers on horseback in battle-worn armor to save us from that awful thing known as reality. Really, we need to believe in magic again. We need to believe that there’s something more than the everyday.

So whether it’s gas-lamp fantasy, dark fantasy, or high fantasy, we need it. And it’s certainly not a bad thing. It’s been shown that children who read fairy tails are better problem solvers than those who read realistic literature. So go forth! Read fairy tails! Read your children fairy tails! Grab a random kid off the street and read THEM a fairy tail!

Actually, maybe don’t do that. That might be looked down upon in current society.

My point is that yes, there’s a reason for fantasy to make a comeback. And trust me, it’s a very good reason. May this fantasy renaissance bring back the works of Tolkien and C.S. Lewis, of George MacDonald and William Morris. And perhaps it will bring about new authors who will be remembered for decades and centuries.

So keep on reading, folks! Enjoy your time among the fairy folk. You deserve the day off.

To support some new budding authors, please check out both Caitlin E. Jones’ blog and my blog over on Tumblr. Both of us are soon to get published, hopefully! If you don’t have a Tumblr, please check out our stories on Inkitt.com!